Our Time In Berega 2018 - Anne and David Curnock

Anne and Divid Curnock recently spent a couple of months in Berega and they have written an update from their time there along with some photos of the people & places of Berega. Click to read the full update …

BREAD is proud to be partnering Mission Morogoro and the Diocese of Morogoro in raising sponsorship for students in the Bishop Chitemo Primary School in Berega. This year we have been able to help with the construction of the classrooms and now would like to help those poorer children in the village to get a better start in life through a good education at Bishop Chitemo Primary School. We recognise that many of you who visit this page will be existing supporters of BREAD and we thank you for your continued support and care for the village. We would humbly ask that you consider this worthwhile project and please extend the invitation to anyone you know that may be interested in this educational project. 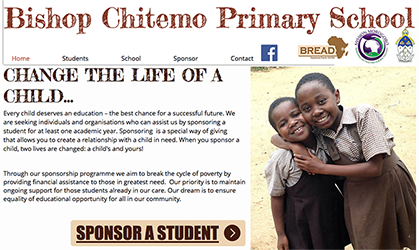 A team of people from two UK church are currently in Berega working on a number of projects in the village. Keep up to date with their progress on the blog.

Mike Mytton and Gary Mann are in Berega to report on the progress of this years projects and to discuss possibilities for next year. Here you can see the 5 shops on the hospital perimeter, the SONAB computer room, the operating theatre windows and the grain store. 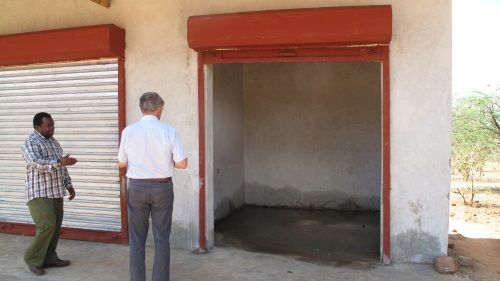 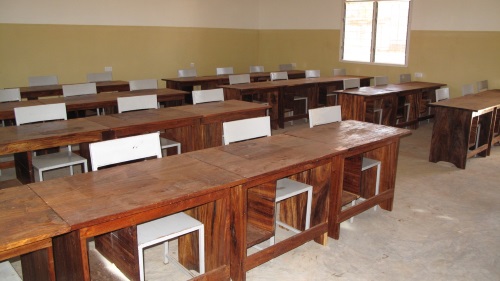 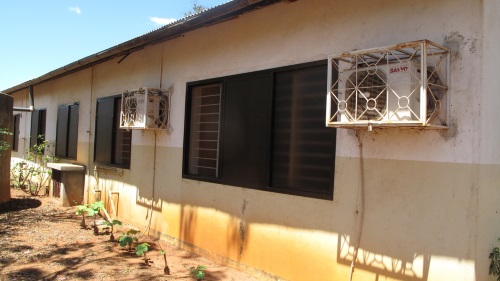 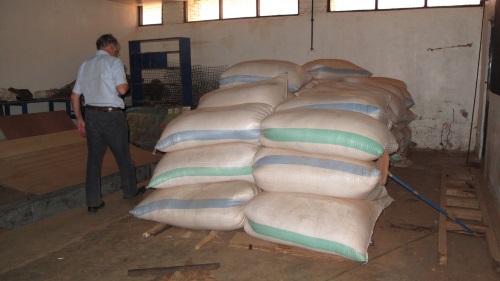 … plus a photo of the finished new bridge 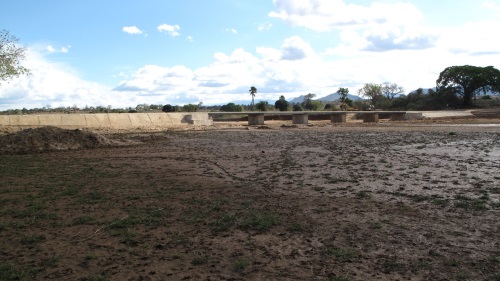 The bridge work has resumed. It seems next week the work will be finished. We are very happy of this.

Thank you for your prayers. 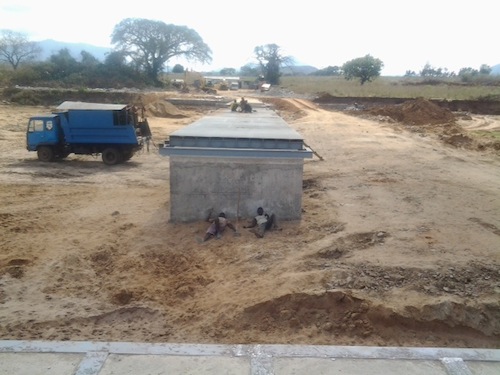 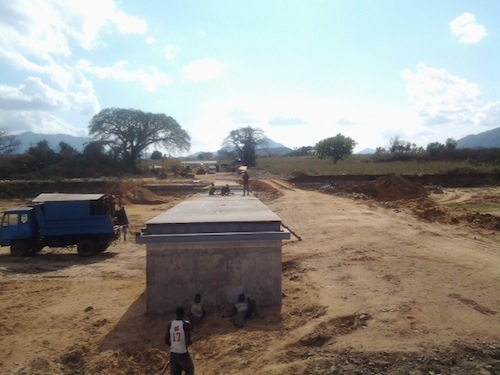 Good Progress Being Made On The New Bridge 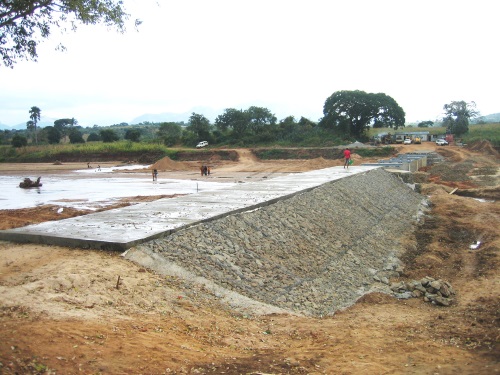 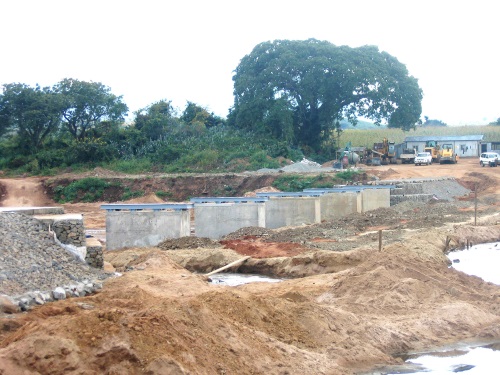 Keep up to date with news of the Berega Bridge Collapse and progress of the replacement project.

I would like to let you know that the bridge work has begun three days ago. The Chinese company has started to work on the road from the junction at the main road to the river. The work has not yet gone far but we are told it will take three months to finish. We will update you on the progress.

The Tanzanian authorities tell us that they signed a contract with a Chinese company to build a temporary bridge. They say that construction will start next week. While we understand the zeal for a temporary bridge, we have asked them to consider a permanent Bailey bridge that can be constructed in 12 weeks. Failing that, we will press for its use as a permanent, low cost structure that completely spans the river.

Tragedy has struck our beloved Berega. Heavy rains have destroyed the only bridge leading into town. The rain must have been heavy upstream as our weather station in Berega recorded only 0.5 mm of rain. This will be a major set back for all of our operations and for the people of Berega, and those served by the hospital. We will have to start exploring options on how this bridge can be replaced.

Last night we came back to Berega after the annual board meeting of the Diocese of Morogoro. The last few days it had been raining heavily in the mountains. Last night there was again heavy rains in the mountains and this time also in Berega. There was so much rain, that our bridge collapsed. We are now cut off from the outside world. The current is so strong that no one can cross the river. The bridge in Dumila on the way to Morogoro is washed away as well. We are totally cut off. The staff of the Hospital and the orphanage who live on the other side of the river, can not come to work and the other employees have to take their shifts. My family, and the volunteers are ok, we are glad that we were able to return home safely. Please pray for a quick solution.

BAD NEWS FROM BEREGA-THE BRIDGE IN BEREGA IS NO MORE!!!!!!!!! I would like to inform you that the only bridge in Berega has swept away on 22nd by heavy rains in Berega and and sorrounding areas.

Myself I was in Morogoro in the morning when I was informed about the bridge and the rains.I arrived in evening and I could not believe that the bridge is no longer there!!! In order to come home it was a must to be brought by a young guy on her back!!! am happy am safe,

As a result of the bridge being away one person died at the hospital, she was referred to Morogoro but could not go ,hence died without any advanced help. The other one passed away but the family could not take the diseased home because of the sadden lack of the bridge.We presume many people will die without help just beyond the river.

The hospital will suffer much because many people will not come to the hospital meanwhile the salary payment must be the same!!

We are not sure of the government plan for the bridge.In the evening hours we saw a government helicopter coming to the bridge,we think it came to make some evaluation.

Also at the moment there is no electricity at the hospital because two poles swept away by the rains.The main challenge now is how to get fuel from Gairo to the hospital for the generators.

PLEASE PRAY FOR US

Please pray for the people of Berega and those in the surrouding area.

Below are photos of the bridge before and after the flood. 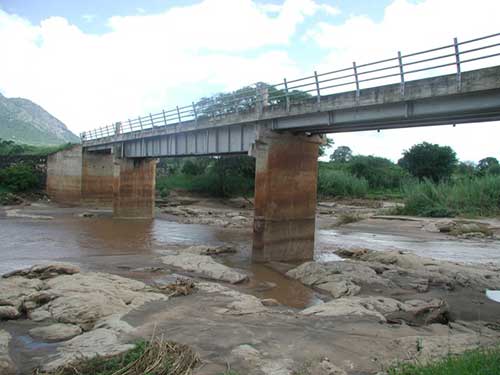 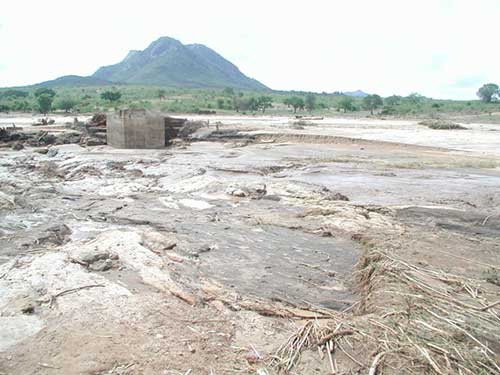